You foreign minister walking door by door and begging for protection… Lets see who will protect you.
France wants a mechanism out of Nato together with Italy Spain and Germany to stop Turkey because they are embarrassed in North Africa. They will help you but we already produced 3.2kn turbojet engine for long range that can run up to 5 hours and 1.3kn turbojet engine for medium range missiles. Failure is inevitable for you.

Excuse me but I think you are a little bit mistaken. Our “foreign minister walking door by door and begging for protection” is doing it for YOUR protection not ours. Please believe me that we don’t need any protection, on the other hand you might need soon. Btw, how’s turkish lira? And your victims of covid? Thank God that your president has solved this problem as well. Instead of wondering for our failures, please have a look at your own country. Have you ever considered the possibility that Mr. Erdogan might pass away? What do you think will happen to Turkey? And that is because of Mr.’s Erdogan plan to make Turkey “strong”. Bear in mind that the strong have strong adversaries as well.

Dear @Tarkan1,
The Greeks already know they will be alone, as they have been in this situation many times in their long history (that spans few thousand years as you know from the Ancient Greek cities that dot Asia Minor and where there way before the Turks arrived at the region from Mongolia).
They’re ready for anything that will come their way. Do not underestimate them, as the Italians did in 1940. Do not think Greece is Syria or Libya, or the Kurds, or this is ’74. I will advise you to look up on Google, or Wikipedia what Molon Lave means.
Turkey is a big country, has a big population, and the problems of a big country. Turkey might perceive herself as a Regional Power, however it is so because the true Regional Powers, France, Germany, U.K, and Russia let you do their work. The same for the one Superpower, the U. S. You are doing their bidding. However, as history shows, when the time comes and you cross their interests, because you have the perceived notion of equality with them, they will crush you. It will not necessarily be militarily, it will be economic. If you remember last year or so it took a Twitt from President Trump to collapse the Turkish economy.
Think what will happen if one of your frigates at the Libyan Sea, lock again a French frigate with their radar. In the small incident France might lose a frigate, however Turkey will lose the war. Not because France will use nukes, as they have the capability to do so, because France and the EU will crush your economy before you blink an eye. The same applies if you attack Greece or Cyprus.
You might think the EU has not done anything to Turkey for drilling at the Cypriot EEZ, and it is true. However, as Turkey made the mistake to weaponize illegal immigration last February and woke up the sleepy EU and Greece, and received a slap, more like a kick, in the face, it will be best for Turkey to not provoke Greece or Cyprus anymore. Unless you really want to go back by a hundred years.
Turkey might be a big country, but it is not as big, nor as strong as she thinks she is.
Μολών Λαβέ!
Respectfully,
Yiorgos.

Dear Yiorgos,
greece is not match for Turkiye.
I respect old greek civilizations, not the one today.
Just resently in northern Syria, Turkey said US and France Fok-off
Just resently in Libya, Turkey said Russia and France Fok-off
greek vice defence minister Miltiadis Varvitsiotis: Turkey is becoming global power. We cannot underestimate this. https://m5dergi.com/savunma-haberleri/yunan-bakan-yardimcisi-turkiyenin-gucunu-kucumseyebilecegimizi-sanmiyorum/
France acting with Russia in Libya, No one likes this in Nato
greece support for Hafter will not be welcomed either.
Nato supports Turkey in Libya. This is no secret.
Soon US will physically support Turkey in Libya as well
All your calculations are wrong.
Keep loving Hafter. 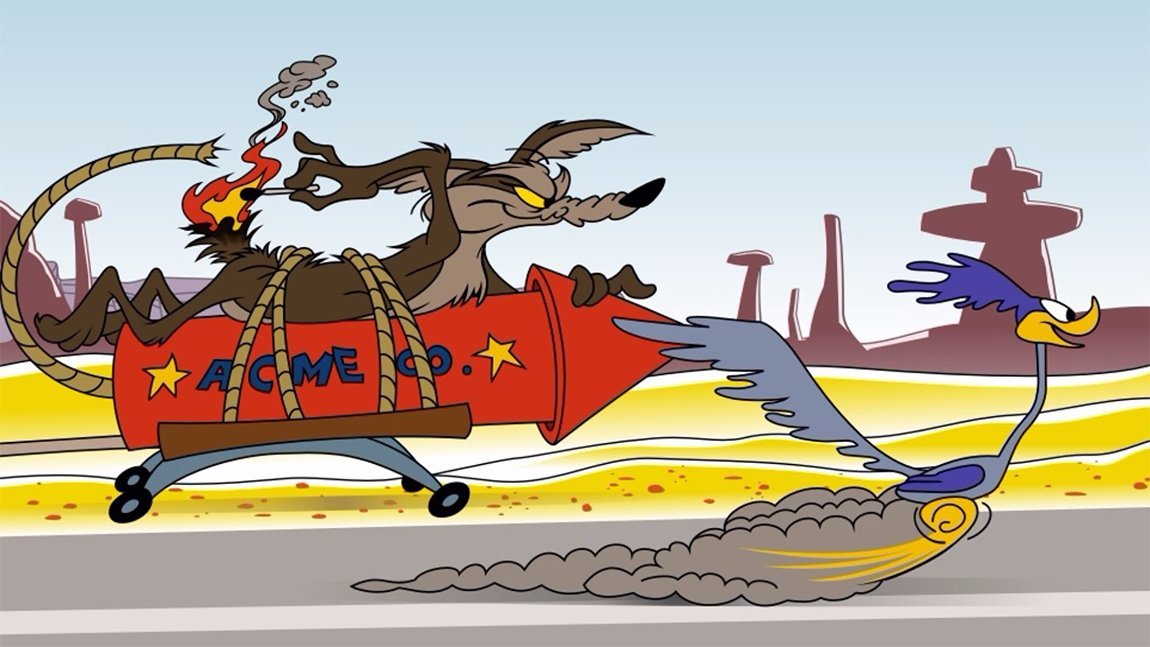 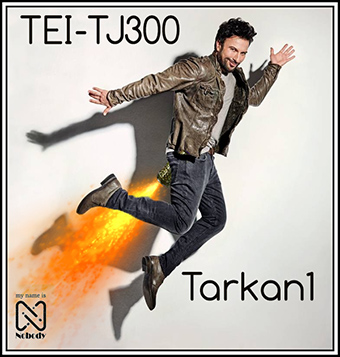 If it is not succeeded, It is not announced.

Over engines It has been only few years we have been working 6-7 years on average. The speed of designing developing cutting edge product is exemplary. TJ300 is not equivalent of KTJ3200.
TJ300 can power a 300kg between 100-130KM created specifically for mid-range antiship missiles (to replace Penguin missile in Turkish inventory). But this turbojet engine can also be applied many missile project.
KTJ3200 can power 800KG missile between 250-500KM dinstance created for SOM cruise and Atmaca antiship missiles.

.
.
Mr. Stathis suffers from digestion issues. Please excuse him. The video is below.
https://www.youtube.com/watch?v=r97jqVbXd2g
.
.
.

greek vice defence minister says;
Turkey turning from regional power into global power. We can not underestimate this reality. We can not underestimate this……..
https://m5dergi.com/savunma-haberleri/yunan-bakan-yardimcisi-turkiyenin-gucunu-kucumseyebilecegimizi-sanmiyorum/
.
.
Can we get thumbs down for this nonsense news. He does not know what he says. Kids here more knowledgeable vise than him. Turkey is bankrupting Covid-19 Kurds Turkish Lira. He must be out of his mind

@Tarkan1,
Dr. Rosakis, as a private citizen, exercised his right of freedom of speech, based on the Greek constitution and said what he said without the fear of prosecution. His views are just that and as the Greek Foreign Minister said these comments do not represent Greece.
My question to you Mr. Tarkan1 is this. Will any professor of International Law be able to get on TV or Radio and tell the Turkish people that Turkey is wrong and does not follow the UNCLOS, even though Turkey is not a signatory party, and still be able to go home that night?
To take you out of the difficult position, who knows who reads your comments without you knowing, the answer is NO. That professor, or any person, would not be able to finish their comments before they get arrested and sent to jail.
That is the difference between Greece and Turkey. We are a western democracy, actually not to boast, we invented democracy and a country of law. Turkey on the other hand, is a pretend democracy that is becoming an Islamic Dictatorship and is leading itself to…God possibly might know but I doubt it.
Before you answer,please read the UNCLOS straight from the U.N.
https://www.un.org/depts/los/convention_agreements/convention_overview_convention.htm
Respectfully,
Yiorgos

I see too much democracy deteriorated your genes. “To take you out of the difficult position, who knows who reads your comments without you knowing, the answer is NO. 🙂
You are not western democracy. I don’t think so Arab backrounded nation plus othodoxy go well with democracy. https://www.youtube.com/watch?v=Uv3EZ0Woqe4
The answer is always YES. Prove it who jailed because of his/her thoughts?
1 or 2 poeople wise out of 10 million is embarrassment enough for you.
https://www.kathimerini.gr/1086103/opinion/epikairothta/politikh/egklwvismenoi-ston-ma3imalismo

Dear Tarkan1,
I could write an encyclopedia about the abuse in Turkey. Luckily for me, others have done so. Please see below the official stand of the U.S Government as expressed by the U.S Embassy at Ankara. I do not need to say anything else.
https://tr.usembassy.gov/2019-country-reports-on-human-rights-practices-turkey/
Again,with your link, you are proving my point. People are free to say whatever they want in Greece, even though they are not correct or do not support the Greek national interests. In Turkey is the opposite, people with different views than Erdogan go to jail.
I really feel sorry for your country and people as I do have few Turkish friends.
By the way, your silence on the UNCLOS is deafening. I guess you figured out the Turkish policy on the issue is outside of the International Law.
Respectfully,
Yiorgos

Dear Yiorgos,
Now you are refuge to US report wo kills their black citizens for pleasure.
How naive that trying to push me into your claims. It proves one thing that greek nation is not good for democracy. Common behaviour seen in orthodox nations. Violent and uncivilized. You seen Serbians committed genoside of Bosnians and you were supporting them.
Commiting to kill refugees…. ıt is europian values and you are europian
https://www.youtube.com/watch?time_continue=1&v=Y7Y3moC6Cxc&feature=emb_title
I tell you what is europian with you
https://www.youtube.com/watch?v=v383Qg9MWyU
There is nothing to be liked in greece and in greeks.

Dear Tarkan1,
I guess we have arrived at the point where I either laugh with the things you said, or I cry for your ignorance believing all these nonsense.
I think I will laugh at what you said and not at you.
Please keep in mind when the Turkish Police comes to arrest you because you might had a slip of the tongue, the Greek border is only 255km from Instabul and you can ask for asylum. You’ll also find out what freedom actually is,not the fantasy you live in.
Respectfully,
Yiorgos